Posted at 04:18h in Uncategorised by user
0 Likes

What do Airbnb, Uber, Airtasker, Netflix, McDonald’s and Aldi have in common? They are companies thriving on disruption.

And the ever-present threat of rapid and disruptive change in our marketplace explained the full house at our recent Networx workshop on “Digital Disruption.” 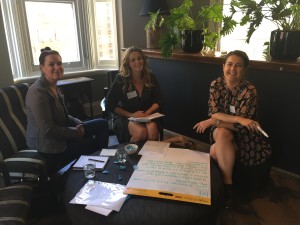 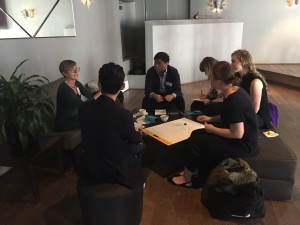 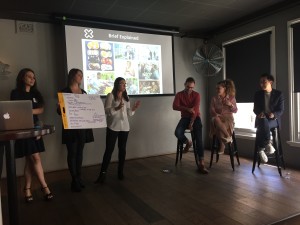 The session discussed and analysed digital disruption, kicking off with key insights from iSentia. The media intelligence company’s Chief Marketing Officer took us on a journey from the disruption innovation theory to the response by incumbants, and why marketers (and businesses generally) will need to rethink how we charge with a greater focus on charging for the ‘outcome’ of the product or service. Spencer’s presentation “Speak Globally and Act Locally” encapsulated the actions of brand campaigns excelling from #uberpuppies to McDonald’s I’m Lovin’ It .

Spencer concluded that “if content is king then distribution is the king maker.” He encouraged us to understand the difference between relevance and content i.e. what we want to say isn’t always what the consumer is interested in. Airbnb’s successful #onelessstranger campaign showed the power of harnessing technology not only to bring much needed accommodation but also creating a world where people felt they belonged anywhere, anytime.

The Networx workshop then heard from ‘disruptors’ and marketers with Simon Reynolds, VP Marketing for Airtasker, Marie Najjar, Head of Consumer for Weber Shandwick Australia and Roden Vuong, Content Strategist for Twitter making up a dynamic panel.

The discussion explored today’s consumer – empowered, connected and generally distrusting of brands and organisations – and how marketers and communicators must adjust their thinking and strategies to engage and better connect.

Najjar energetically acknowledged the PR industry in keeping up with the ever changing media landscape but advised of the challenges communicators are facing in keeping abreast of technological changes.  Vuong responded by way of explaining how Twitter has evolved in its 10 years and referenced the era of the ‘citizen reporter’ and the value of ‘real time’. Reynolds continued by providing an example of how his team uses their target audience’s social media mentions for newsworthy angles and relevant media pitches.

Transparency and time was also heavily discussed with Najjar commenting that the power of true has become so ingrained as an expectation that its perceived absence can become an occasion for negative PR. Vuong also added that looking at what your competitors are doing and getting to your goal without copying them is also key to transparency. Reynolds also noted that you need to find your brand’s purpose and ensure those messages are culturally relevant and distributed at the right time.

There have been some big changes in the industry and to conclude the discussion the panel provided an insight into tomorrow’s world of communication and marketing. For Reynolds, the power of influencers and social media is paramount. He suggested mareketers get to know their audience’s wants and needs to create targeted and relevant content.

Najjar encouraged us to embrace learning – describing it as both a challenge and an opportunity for communicators. Vuong believes having faith in the people we are targeting and having a message or purpose is most effective. He noted campaigns do well that create an immersive experience such as the memorable ANZ GAYTMS and the Airbnb float in the Mardi Gras, which grabbed people’s attention.

After a theory led presentation about digital disruption and an in-depth discussion about how marketers are responding to it, the group was split up into smaller groups to respond to a brief and present a top line strategy back to the panel speakers. All in all, the ideas were endless with plenty of imagination, creativity and thinking outside the box.