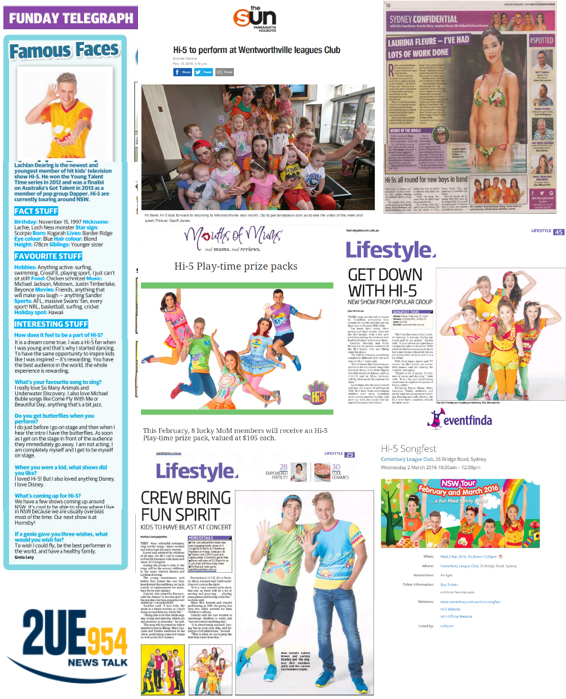 We were delighted to have the opportunity to assist beloved children’s entertainment group, Hi-5 with their 2016 Hi-5 Songfest Club Tour.

Our campaign spanned two months in early 2016, focussed on generating awareness and buzz around the eight events, and promoting a ‘call to action’ for ticket sales.